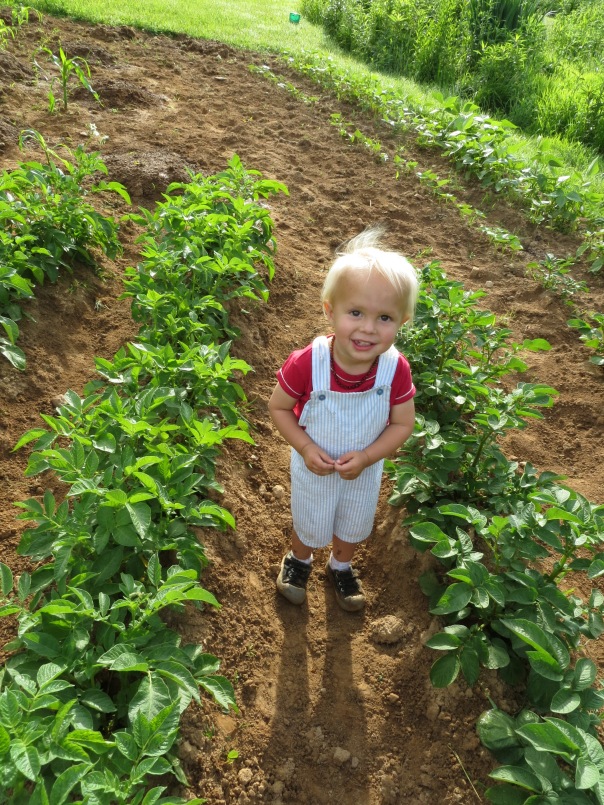 In the last month Steven has changed so much in subtle ways that only a mama (or daddy) would know, but the changes were big at the same time. He has been my pickiest eater, with a diet of mostly nuts, crackers, popcorn and yoghourt, and occasionally some granola or a fruit smoothie. We always offer him whatever we are eating for a meal, but he would never eat it, would not even taste it. This month, though, he has tried and eaten a comparatively huge variety of things: fish (which he loved, fried), strawberries (lukewarm), blueberries (dislike, though he will often eat frozen ones), mulberries (loved), eggs, green beans, etc. If he sees his siblings enjoying any kind of food he wants to try it and usually gives the same reaction they have about the food (yum!). It is heartwarming to see a child start to eat–good food.

Steven’s vocabulary is growing by leaps and bounds too. He is repeating so much of what he hears, loves reading books, and pointing out things with words he knows (“moon, mama, moon”). He is speaking in sentences, though most of us cannot understand but one or two words of the sentence (“uh nah nit nah nah hoouuuch” means “I wanna sit on the couch”). And, after hearing his sisters often singing from the Frozen soundtrack, he even broke into song the other day playing blocks, “Let it go, let it go . . .”. He loves to count stairs, fingers, birds “two, ree, four, two, ree, four”. It is awfully cute and really amazing. I have always been awestruck by the way children learn language–so fascinating.

His personality has also developed a lot. He is quite a little flirt (look at all those smiles), and has very definite opinions about some things, and can be mischievous now too. He loves to play, loves his siblings, and loves his daddy. He adores Hythe, and when Hythe is lagging behind on a walk to the bus stop, Steven gestures at him and calls “Hythe, Hythe” until he catches up. He does the same thing for Tucker (the dog), and will get quite upset if he does not catch up quickly.

He is a sweet baby, and he is still a baby even though he will be two at the end of this month. A week from Friday I leave for Europe for 11 days, and will leave Hythe and Steven at home with daddy. That is the longest I have been away from any of my children. And, while I know William is perfectly capable of taking wonderful care of them, I am going to miss them very much, and I am sad about missing those little changes that happen so quickly in an almost-two year old.

We are lucky to be this little guys parents–and to be parents to his awesome siblings! 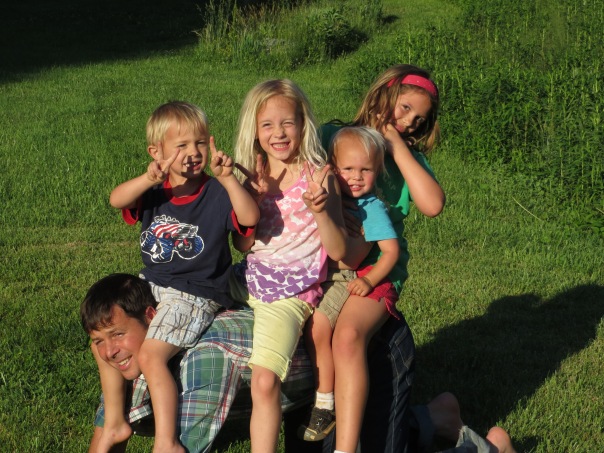 2 thoughts on “our little man is growing up”