We’ve been busy lately – more so than normal, I think.  I took on a new job at work, have summer events for work (over on July 7!), all the normal summer busy stuff (garden to tend, berries to pick, lots of laundry to wash), and we’ve been getting ready for a distant cousin from France to come stay with us for the month of July.  She is 16 and coming to help out (maybe I’ll be a little less busy then), and to enjoy a visit to America.

Since we’ve been so busy, I really wanted to get away from everything for a few days and enjoy the summer.  And, we did so this past weekend at Tuckaseegee.  We were also there for Steven’s birthday, which was fun.  The weather was hot when we got there on Friday, and I quickly unloaded the car and jumped in the river.  Anne and Evva joined me.  It was so refreshing and I could just feel all the stress leave my body, washed away with the water as it flowed downstream.

We got out of the river in time for a thunderstorm, but there is not much better than listening to rain drum on a tin roof while you are frying sausages for supper. The kids quietly played cards in the bunks.  It was a sweet feeling. 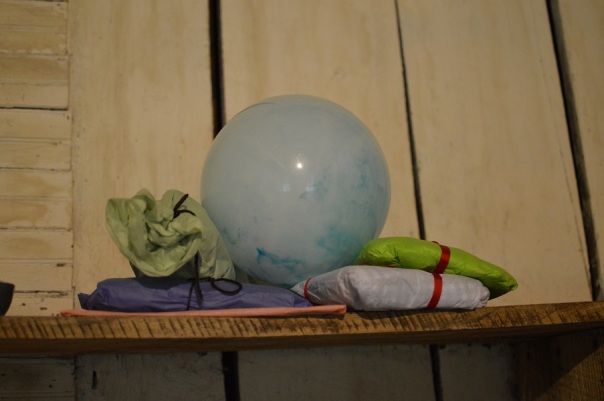 It rained on and off all day on Saturday, but we had a pretty morning.  It has become a bit of a tradition in our family to open at least half of your birthday presents at breakfast on the morning of your birthday.  So, the children brought out some gifts for Steven.  He was thrilled with the ball Hythe bought for him, and loved the bunny I made for him (corduroy and sherpa from Storybook Toys). 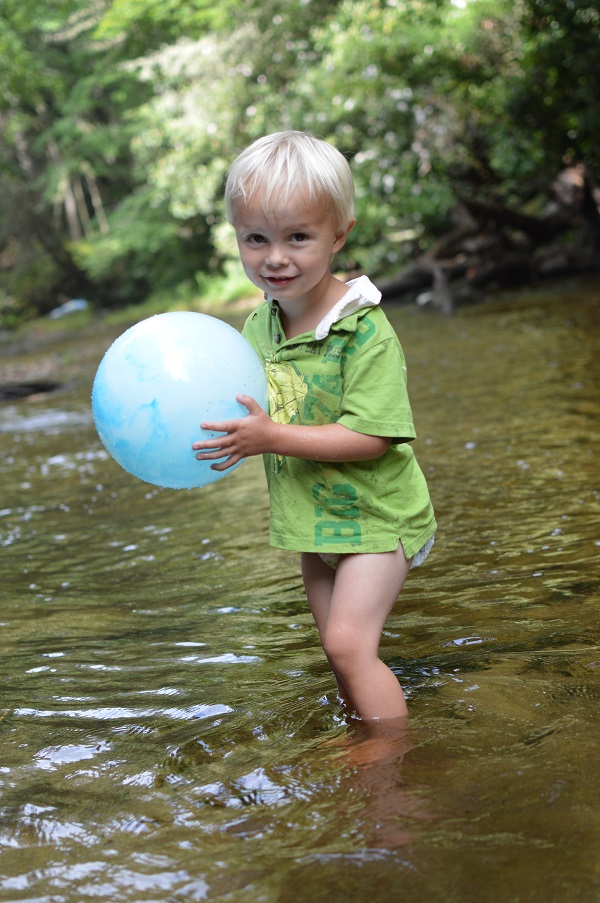 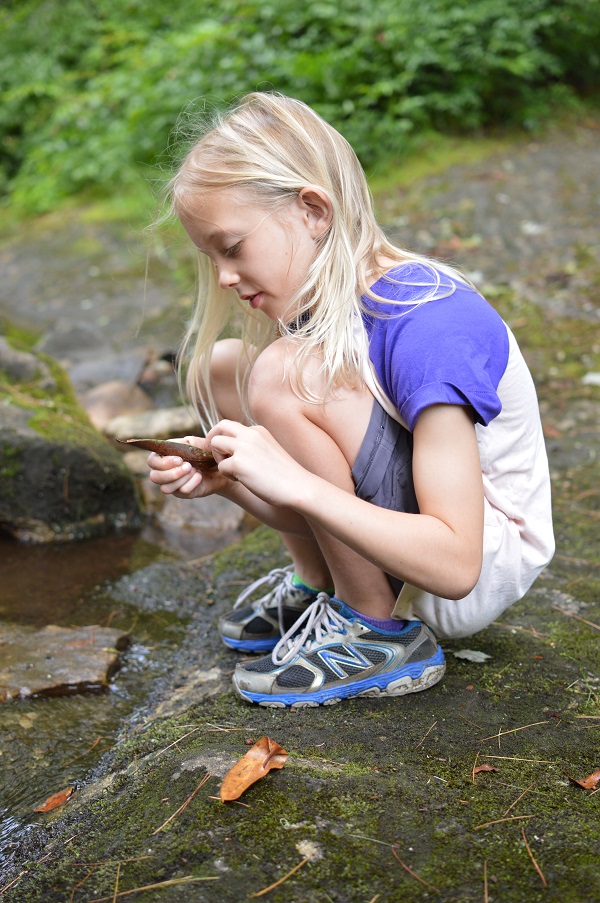 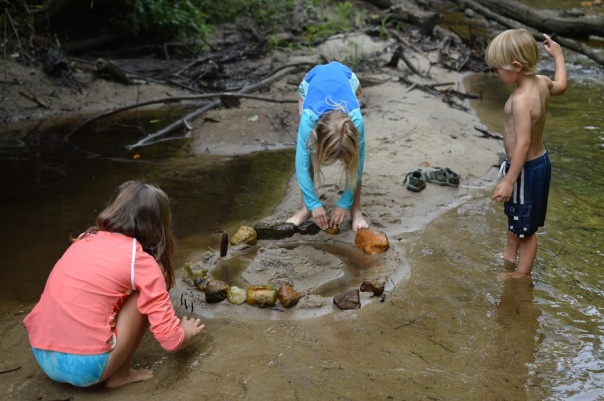 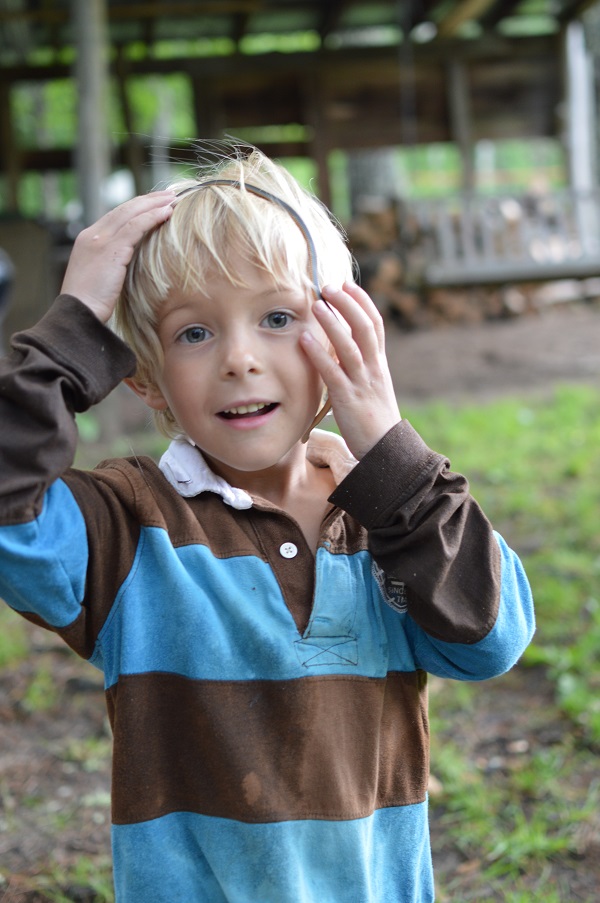 Joined by a few friends, we spent the day playing kick ball, hiking to a water fall, and playing in the river.  The girls built an elaborate castle compound on a bar in the river, which they named Redwall Abby (since we were listening to that book in the car).   They spent hours on it.  I also found a ring snake in the house, which Hythe captured and claimed was his new friend.  He spent a few hours with it, basically cuddling it, until we finally convinced him to let it go.

Tucker also enjoyed the river – he loves swimming and fetching sticks.  So much so that he wore himself out and could barely move on Sunday – poor old dog. 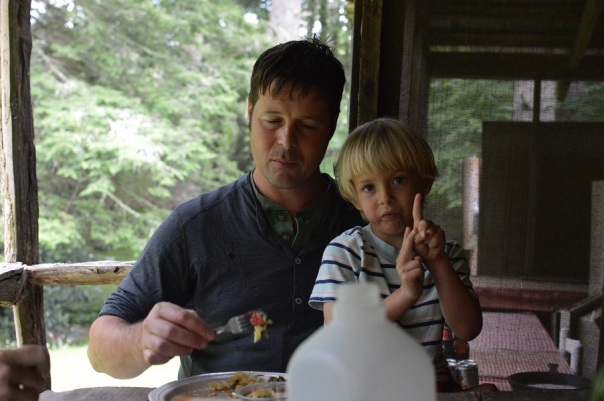 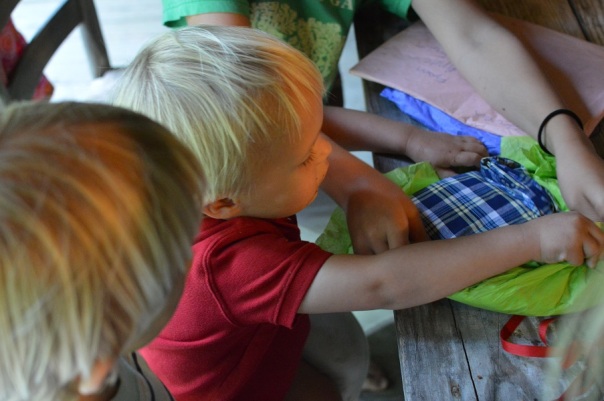 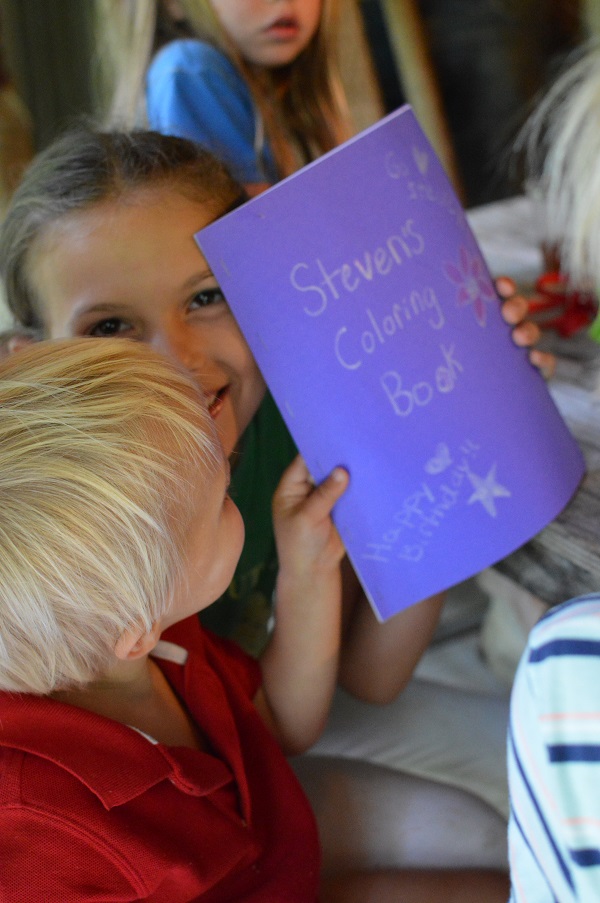 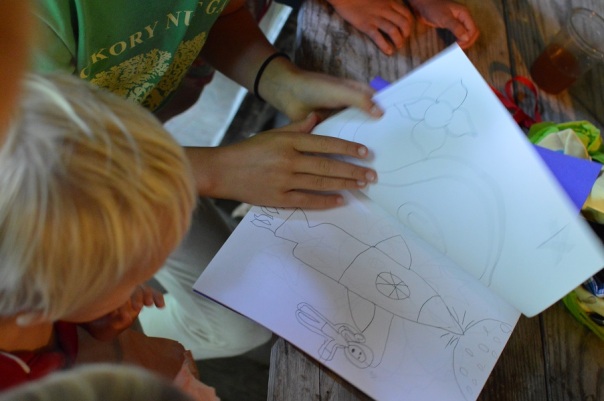 Then, on Saturday night, we had Steven’s birthday cupcakes (he wanted “black with black icing”, which I interpreted at chocolate with chocolate icing) and he opened his remaining presents – some clothes from Phebe (grandma) which came in handy since he had dunked all the clothes I brought for him in the river, a coloring book made for him by Anne and Evva, and a busy book I sewed for him (pattern by Seamstress Erin).   He was so happy to have so much attention and so many gifts.

We came home on Sunday, worn out, happy, and ready to tackle the week (which, again, is busy!).

1 thought on “summer visit to tuck”