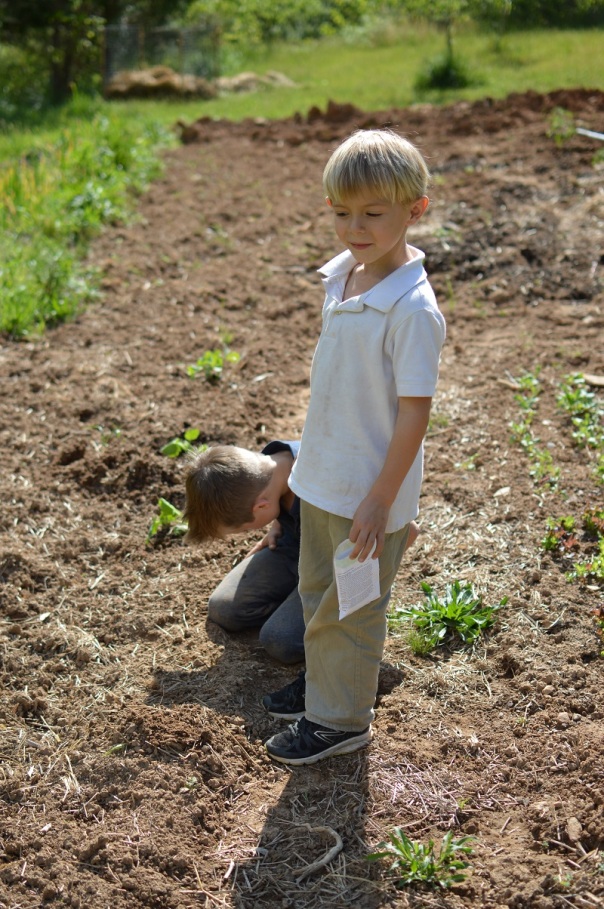 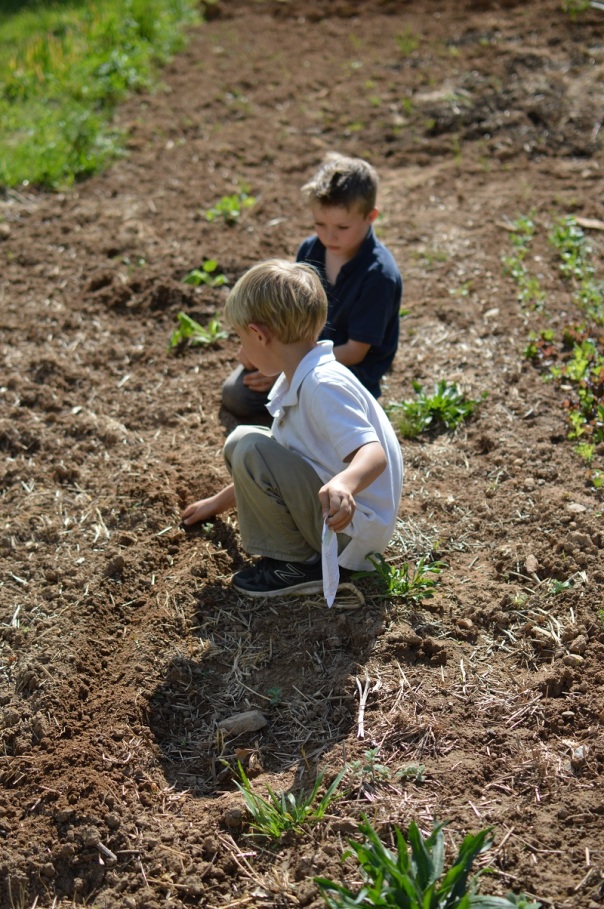 A week or so ago, Hythe asked me for his own garden.  After some negotiating, he agreed to let me give him a section of the garden we already have.  It had nothing planted in it and it could be his own.  With some help, he dug up some squash (or gourd or pumpkin) plants growing out of the compost pile and transplanted them in his garden.  He also planted some lettuce and cucumber starts from his aunt and uncle, and I bought him a cantaloupe plant from a farm stand.  Then, he sowed some sweet corn seeds (with his cousin, Levi’s help).  I think he still has plans to get more plants in that little patch of dirt – probably pumpkins, but maybe beans.  We’ll see.  I love seeing him in the garden, sincerely interested and working.

And, when I asked him if he would like to learn to sew, he said yes.  I made some napkins for my mother and mother-in-law for Mother’s Day, and let the children do the top stitching around them.  I set Hythe up at the machine, explained how to do everything and then set him loose.  He did remarkable well, keeping his top stitching fairly strait.  And, most importantly, he enjoyed it!

6 thoughts on “sowing and sewing”